We started with a twin turbo 2.0 LET. We came up with this unique engine set up which was primarily designed to look different from the norm, however, when it came to setting it up we had problems. After much deliberation, we decided to remove it and go the V8 route.

Once the engine choice was made, 340 BHP 5.7 Chevy engine and 5 speed ‘box was ordered. Once this arrived, fabrication started.

Since the engine has been run in, it has proved to be a very good conversion, torquey and not bad on fuel either.

The car itself has been owned by Adrian for 10 years, he fitted to 400 arch kit himself and then asked me to find some wheels to fill them, what we came up with was a set of Boyd Coddington Jewel wheels, 17’s on the front and a massive pair of 20’s on the rear. 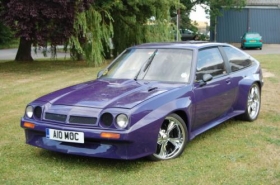 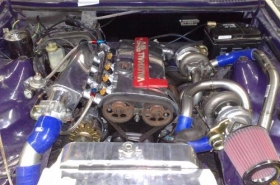 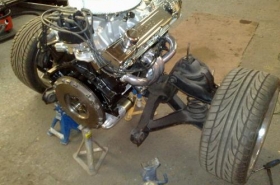 Engine mocked up in the front subframe 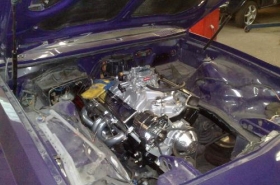 The first fitting in the engine bay 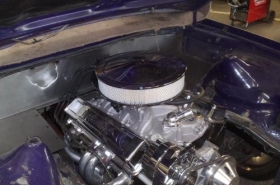 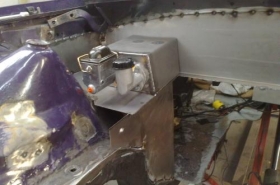 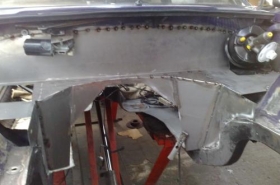 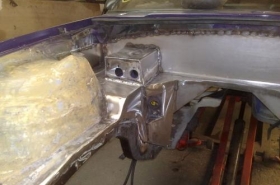 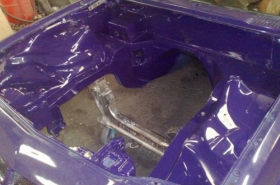 Straight out of the paint booth 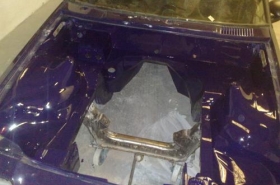 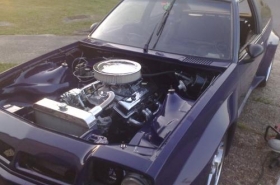 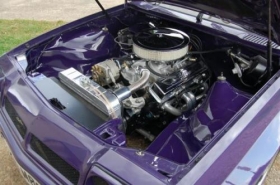 Complete, the ali rad is a dircet replacement for the stock item